Leading the efforts to support and increase the reach of communication globally and locally, Microsoft Translator announces the addition of Filipino together with five other Austronesian languages, including Malagasy, Fijian, Samoan, Tahitian and Tongan. These new languages mark the addition to over 50 languages already available in the translation tool.

Being able to improve communications that traverses a breadth of geography is important when supporting communications between peoples, business and governments and to bring people of different cultures closer together.

With Filipinos around the globe speaking the language and more nationalities coming to the Philippines wanting to learn, these additional languages on Microsoft Translator will help users communicate better across different types of platforms. 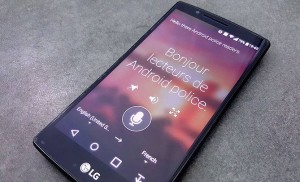 Translator, whenever and wherever

A cloud-based and automatic service, the Translator is available in a wide range of Microsoft products and apps that facilitate communication in varied scenarios where translation is necessary. It is currently being used by many businesses worldwide for their applications and workflows to help enable their content reach a bigger, worldwide audience.

Specifically, the customizable, effectively scalable and business-ready Microsoft Translator is available on Bing, Microsoft Office, SharePoint, Cortana, Edge and Yammer. Microsoft Translator also has a full suite of apps for PCs and mobile devices including Windows, Android (including Amazon Kindle tablets), and iPhone.

It also offers a free open-source Document Translator app to easily translate batches of documents while preserving their formatting, and is available as a Web Widget, to easily, and at no cost, add multi-language support to website.

Microsoft (Nasdaq “MSFT” @microsoft) is the leading platform and productivity company for the mobile-first, cloud-first world, and its mission is to empower every person and every organization on the planet to achieve more.

Microsoft Philippines, the local subsidiary of Microsoft Corporation, has been constantly bringing innovation and making its technology available to Filipino businesses and individuals since 1995. As a committed and trusted partner in nation-building, Microsoft Philippines has made it its mission to fuel growth and healthy communities, as well as transform locally-based businesses and empower them to compete in the global economy.