Here is an introduction and short review of the D-Link DIR 880L Wireless AC1900 Gigabit router! … That is a long name so I’d just call it the D-Link DIR-880L from now on.

The D-Link DIR-880L is a product aimed at consumers that want high speed with the convenience of wireless, it achieves this by using a new wireless standard called 802.11 AC (Wireless AC) which more than doubles the theoretical maximum of 802.11 N (Wireless N) from 600Mbit/s to 1,300Mbit/s. One neat feature of Wireless AC is Beamforming and what that basically does is concentrate the signal to a particular devices to increase the signal quality overall.

This products sits just below D-Link’s flagship the DIR 890L pictures below.

What comes in the box; 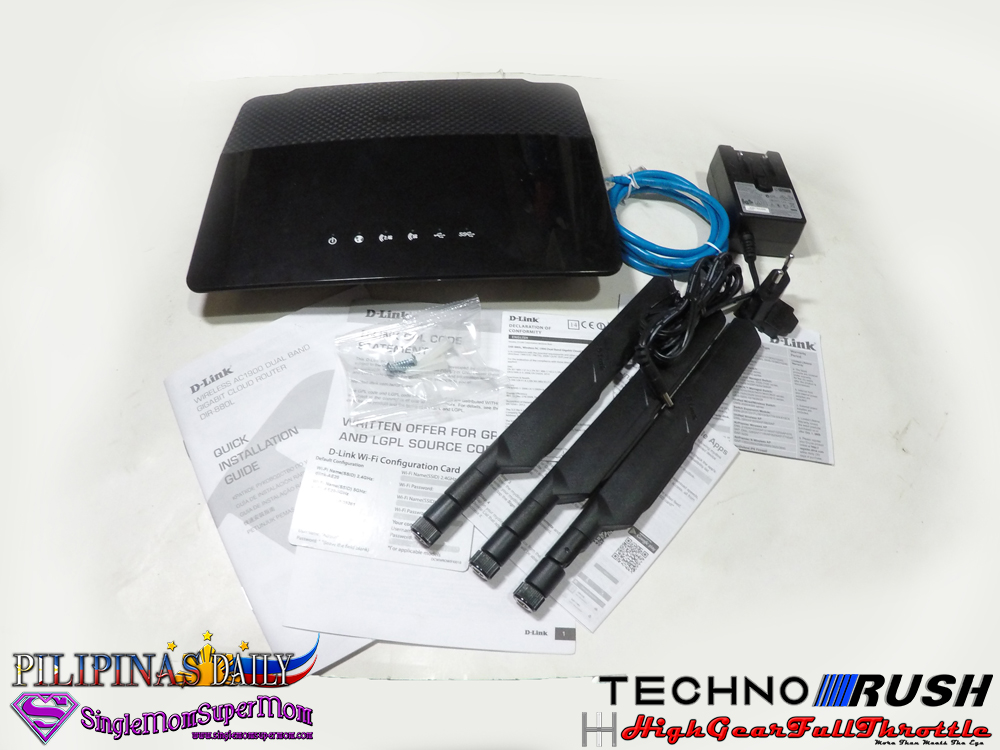 A full size manual did not come with my product and I had to download it from the the D-Link website to be sure I’m not doing anything wrong, and after a couple of pages it mentioned what orientation the antennas should be for the best performance. 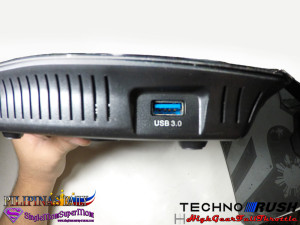 At the left side and back of the device is a USB3.0 port and USB2.0 respectively for printers, external Hard-Drives, and flash drives to be shared to  your network via Windows File sharing, web access. and the router’s built-in DLNA server. You could use this as a crude NAS. 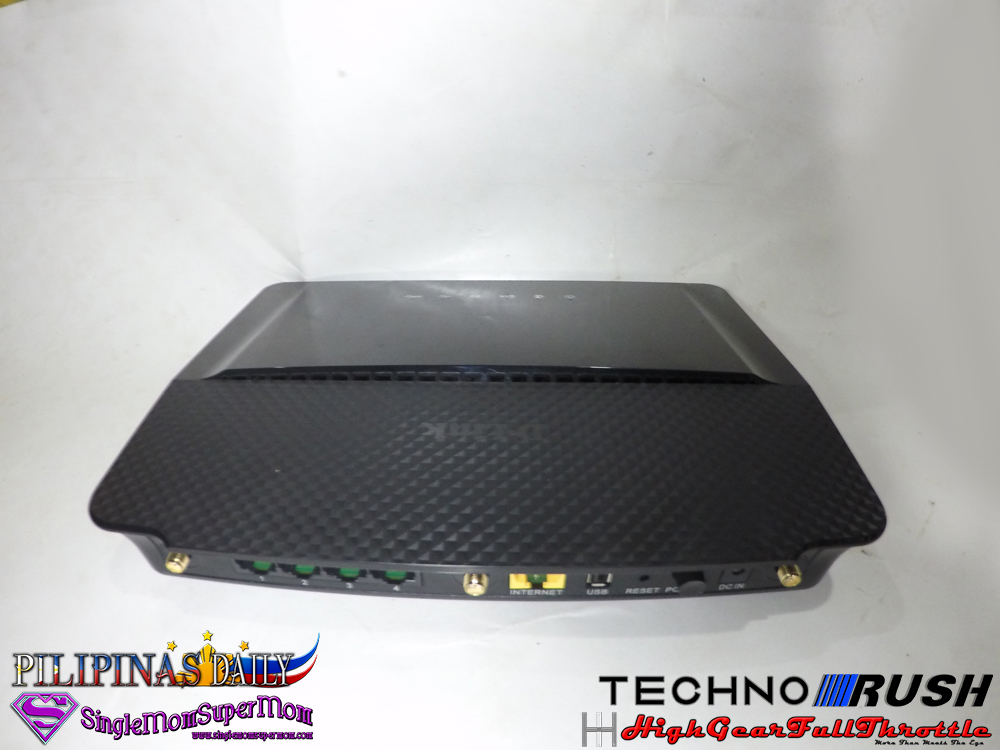 The back is further populated by 4 Gigabit ports for wired clients, one Gigabit Internet port to be connected to your modem, hardware reset, power button, DC power in, and finally the three screw type connectors for the antennas.

The top has six status LED’s for Power, Internet, 2.4Ghz, 5Ghz, USB 2.0, and USB 3.0. None of the LED’s blink for activity and instead just shows the status of that particular feature and if’s working properly or not. 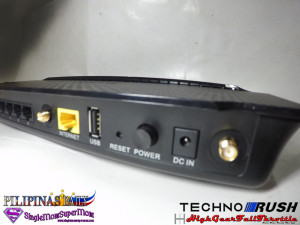 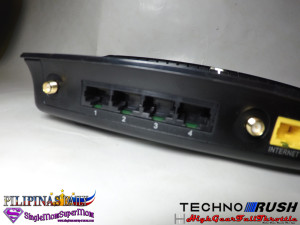 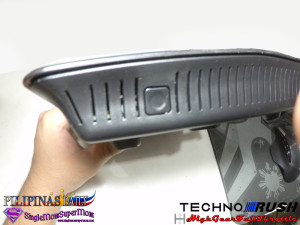 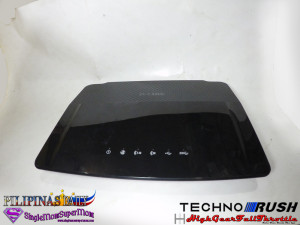 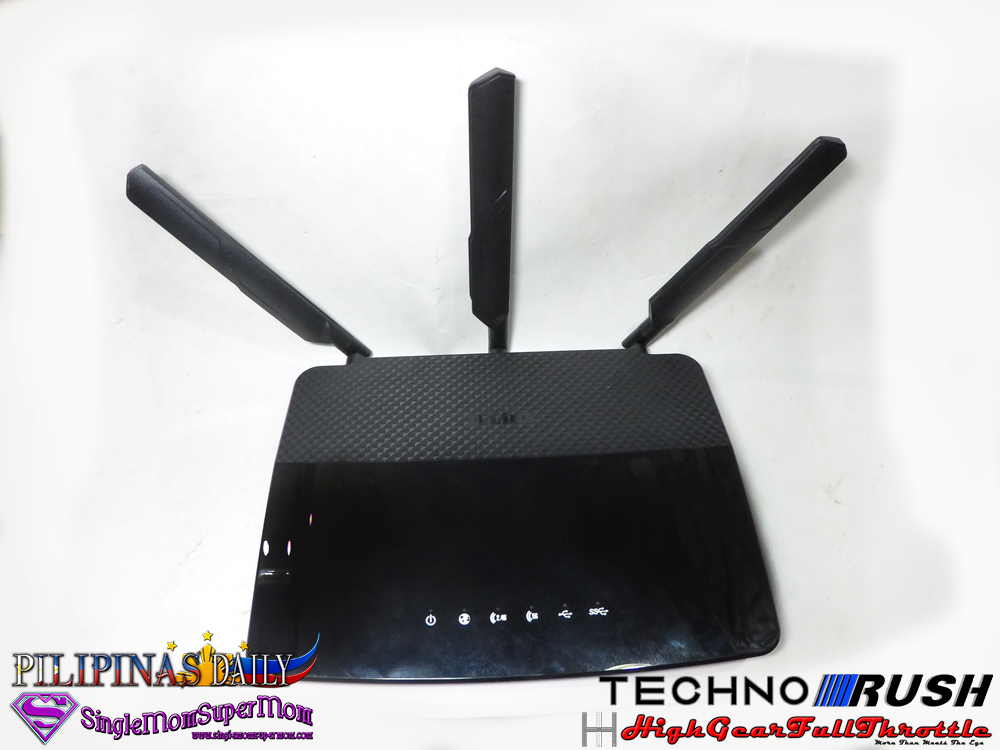 I’ve tested the speed and stability of this router and I’ve found that it’s a lot more stable at transferring big files over wireless than the other routers I’ve used in the past. Transfers using Wireless N on the 5Ghz band is faster than 2.4Ghz and I found that it’s enough to cut the transfer times in half in my tests and that does help when you’re backing up to the NAS or just sharing large files over the network. I’ve also streamed 1080p 60 and 4K video via the local network and it worked fine with no cutouts whatsoever.

Range on the D-Link DIR-880L is the best of out all the routers I’ve had before and it’s almost doubled what our older one did, and that’s about 15 – 20M away though two solid concrete walls. Stability of the signal is okay but the only thing I’ve done at that range is browse and Check E-mails. A rough description of how far the signal went for me is from the approximate center of the house to the other side of the street infront of the house.

A thing that I find annoying is that it creates individual SSID’s for the 2.4Ghz and 5Ghz band so you’d have to connect your devices to one or the other instead of one, that I found very cumbersome. Luckily there is a firmware update coming this month that adds the Smartconnect feature that merges the two SSID’s into one and Intelligently moves your devices from the 2.4Ghz and 5Ghz range depending on your usage and demands, what this means for you is if you’re just streaming 1080p video from Youtube then you could sit on the 2.4Ghz band with no problems but once you start doing more network intensive tasks like streaming 4K video or perhaps gaming it will automatically and seamlessly switch you over to the 5Ghz band. 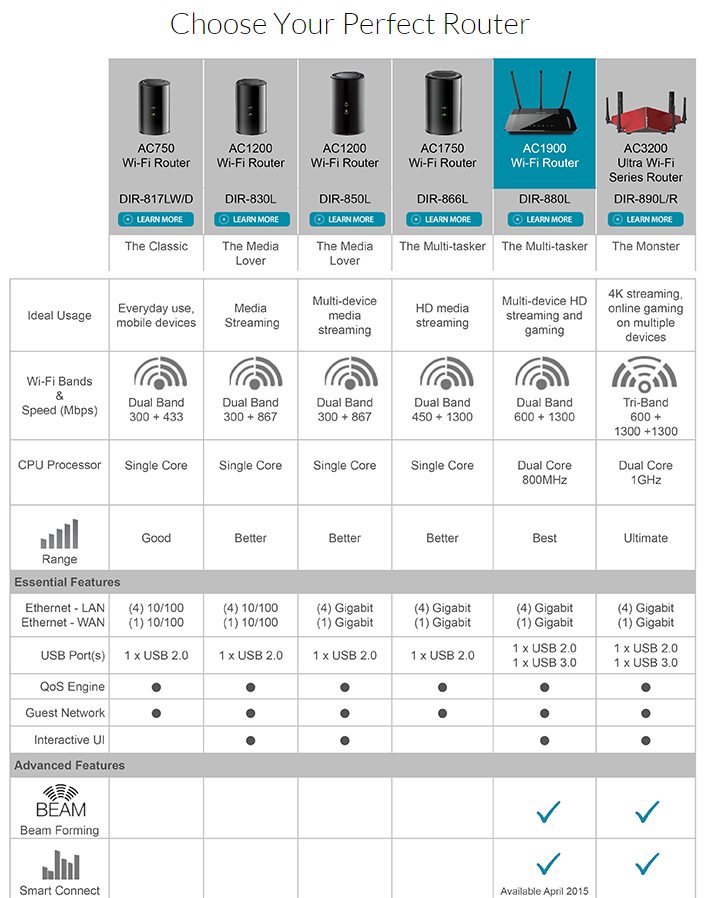 The USB port and file sharing feature of the DIR-880L is neat little feature and if you don’t already have a NAS or system capable of sharing Portable drives then it’s perfect since it could take two and share them on network as if it was done on a Windows machine and it even has DLNA server functionality built right in so you could as easily browse your media files from a portable device like a tablet or phone. But something I did unacceptable is that it indexes all the files on your drive and creates “.metdata” folders inside every folder you already had on there and a “.keepalive” file on the root that it never deletes, so it basically leaves you with more clutter than before you put your drive in there.

Being able to do guest networks on the 2.4 Ghz and 5Ghz band is a useful feature when we have visitors since you’re not being a snob by not letting them access free internet and you’re also not risking your network to compromise since the guest network is completely isolate from yours. There are features on the D-Link DIR-880L that are there but I haven’t gone around to using it or don’t have a practical purpose for at this time and those are things like Remote Management, Quick VPN Server, and the use of their MyDlink App. 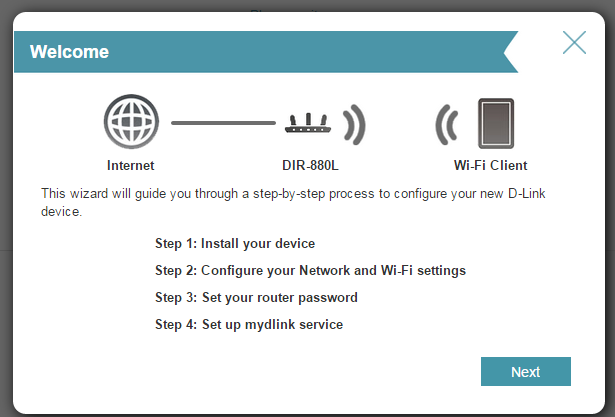 When you first startup the router and sign-in to the Web Interface you are greeted with a easy setup wizard that will get you setup for your SSID and Passwords other settings, and that is something I haven’t seen before. 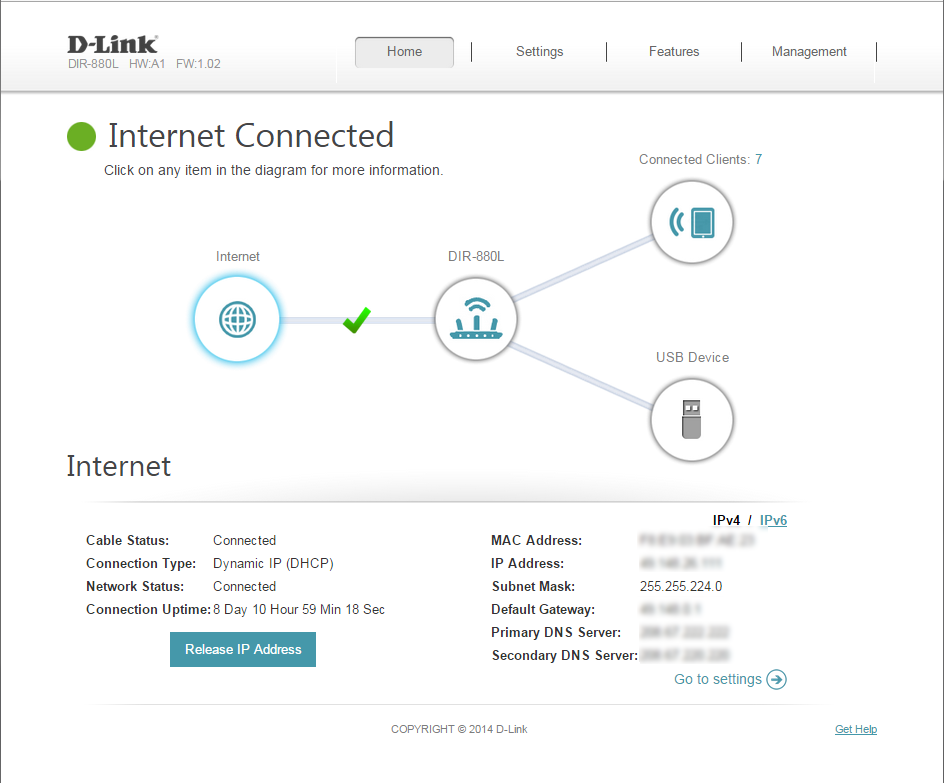 The web interface is simple to use especially for novices but as a result it’s lacking alot of features and settings power users like me are used to. Things like MAC Address Filtering, DMZ, Port Range Forwarding, and more Wireless Security features are not there. 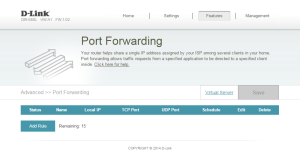 Port Forwarding on the D-Link DIR880L is extremely limited for a household that does gaming and a router toted to be great for gaming since it only has 15 Forwarding rules! 15! That is not enough to cover every device that runs games that demand a port be forwarded to run smoothly and there are programs out there that just outright don’t work if you don’t have port forwarding properly setup. And if you really can’t open up the port you need for reasons like no more rules or just the router being stubborn, you can’t setup a DMZ so you’d either going to have to delete rules or figure it out yourself. 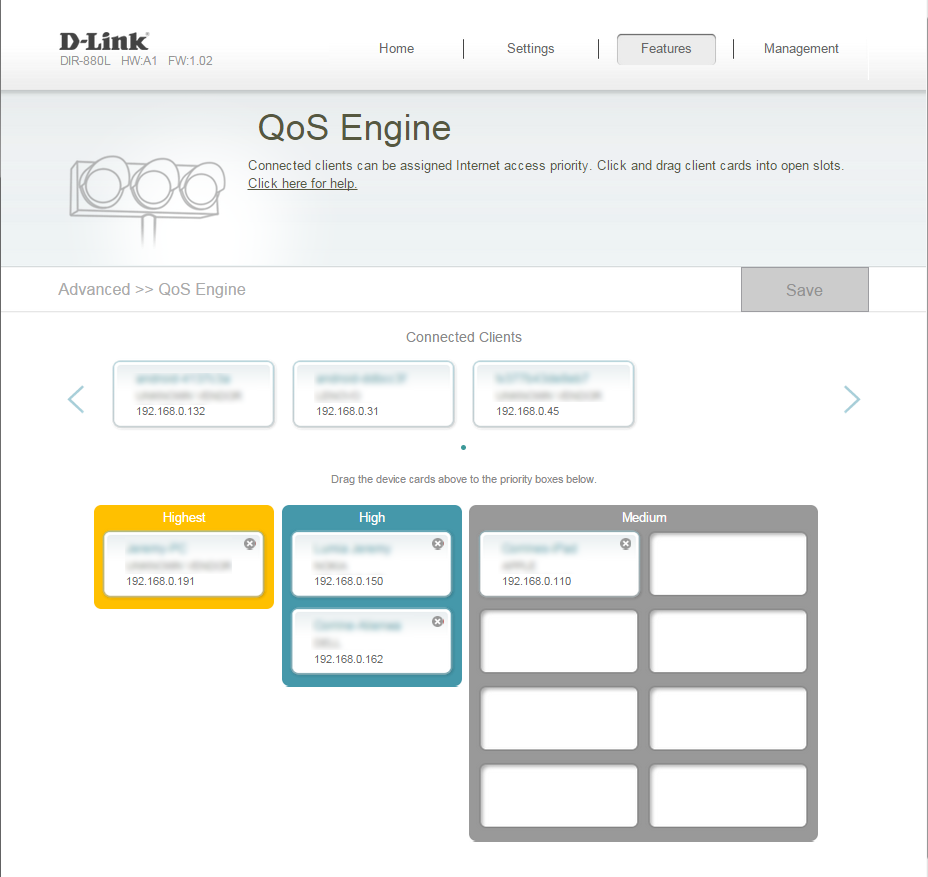 The QOS management is also very easy to set up but again we are seeing  the trend of limited functionality because you can only have a total of 11 Devices on there with only one devices on the highest priority, two high, and eight on Medium priority with the rest automatically be set to low. 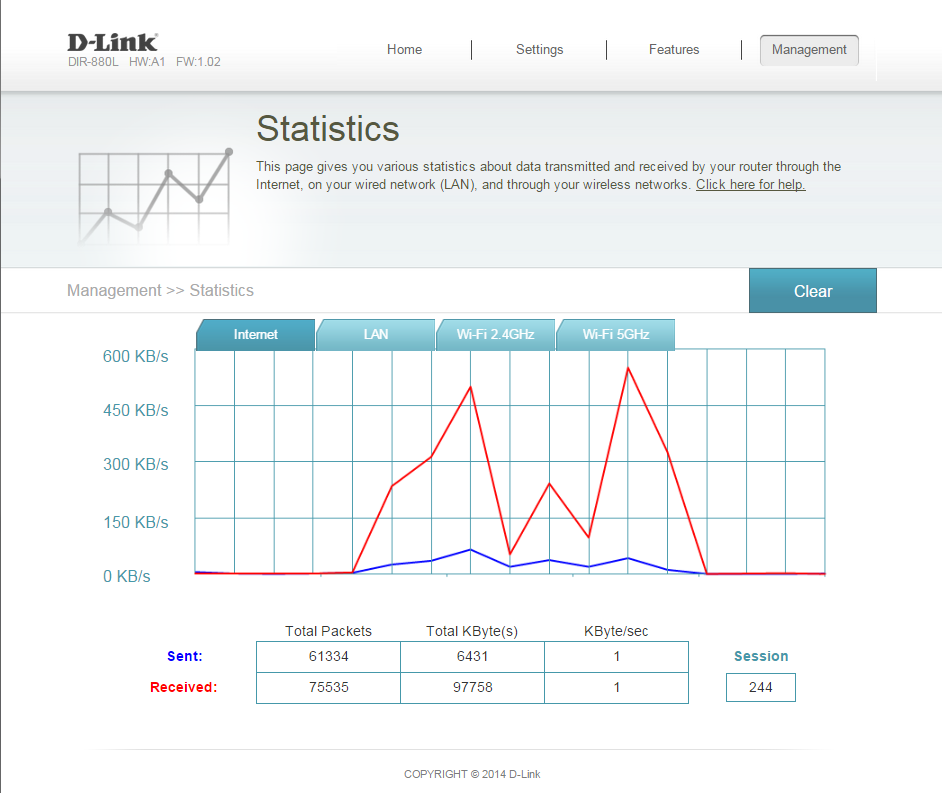 There is a page on the router where you can see the network activity on the Internet Port, LAN, and Wireless 2.4Ghz and 5Ghz bands and this could be very useful for troubleshooting or if you just want to know what’s exactly happening on your network.

Parental control is the best on the D-Link DIR-880L from all the other routers I’ve used in the past few years, you can set up time schedules on a per user setting, you can also schedule the Wi-Fi to automatically turn off if you want everybody to be affected , and even block specific sites.

Overall the Web Interface is simple and fast and I like it, but there are just something I wish I could do more of or do a little of like MAC Address filleting. If you really want to get more features from this powerhouse then you might want to look at flashing it with a third-party firmware like DD-WRT since it does have a Dual-Core 800Mhz processor onboard. It’s just flashing Magic Lantern on a DSLR to unlock more features and build on what was already there.

The benefits of the D-Link DIR-880L far outweigh the little flaws I found and i’d recommend this model to anybody looking to replace their router with something more current and want to futurerpoof for the wave of Wireless AC devices that is bound to hit the market.