‘Cosmos: A personal voyage’ hosted by Carl Sagan back in the 1980’s took viewers on an amazing journey light years away to our very own home, planet Earth. ‘Cosmos: A Spacetime Odyssey’ a reboot of the original with updated CGI Animations to appeal to the younglings, new scientific discoveries and theories, and a new host, American Astrophysics Neil deGrasse Tyson.

Neil Tyson will bring us to the incredible Journey Carl Sagan originally bought his viewers on, but this time with amazing graphics and special effects to bring you into the midst of things and bring you closer to realizing we have only skimmed the surface of space. On the fictional “Spaceship of the Imagination” will bring you to the farthest edges of the universe, to the smallest of organisms in the past, and to what will become of us in the future. Space definitely is the Final Frontier.

‘Cosmos: A Spacetime Odyssey’ will be a 13 episode documentary globally simulcast on FOX International Channels and National Geographic. Part of the production crew are the two original surviving creators of Cosmos,  Ann Druyan and Steven Soter, and Seth MacFarlane as executive producers.

You can watch ‘Cosmos: A Spacetime Odyssey’ in The Philippines at the following dates and channels;

Use the hashtag #Cosmos and tag @NatGeo_PH while watching to spread the word! 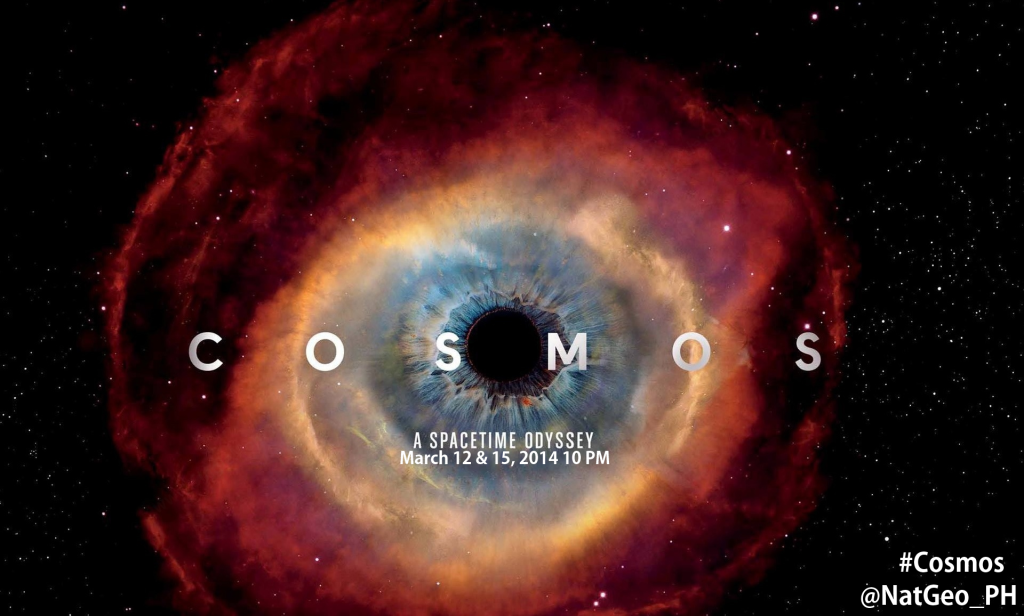